Posted About One Month Ago by Alicia Shamel

Refunds are on the way for over 100 customers impacted by billing oversights for city water in Cloverdale.

During the September Cloverdale Town Council meeting, many issues and concerns were discussed. One involved an oversight in billing for city water. Cloverdale residents are charged in part for storm water. However, residents outside of city limits are not allowed to be charged that fee, yet some were. Over 120 customers were affected, to the tune of $22,000 worth of overpayments, and will be getting a refund check based on the amount they overpaid. Again, this only applies to those on city water who live outside of city limits.

Another concern was the local park. The park cabin roof needs repaired and the park itself needs general repairs and updates. The Heritage Preservation society donated $1,000 to help with the cost of the roof, while the $4,000 CCI fund will be used for the rest of the park.

The Cloverdale Volunteer Fire Department has been a concern for some time. One of the issues between the town of Cloverdale and the CVFD was a contract they were legally obliged to that was 20 years old. As the world changed and inflation increased the cost of materials and services, the contract kept Cloverdale and CVFD tied to outdated procedures. Now, they have adopted a new contract that is only five years, allowing both parties time to readjust when the contract ends. Cloverdale has agreed to pay CVFD $35,000 a year and agreed to be responsible for maintenance costs, equipment, insurance, and the first 10,000 gallons of water used. Furthermore, Cloverdale is transferring the real property that is home to the CVFD to the TWP Trustee. This will allow the fire department to operate as if they own the building, allowing them to update as they need to accommodate modern times.

C Bar C extended their property line to that of the city line; this entitles them to sewage access. At first glance, this does not appear to help Cloverdale and, instead, cost the town money in order to put in a new line leading to the nearest sewage structure. This could be relatively cheap at an estimation just above $5,000. However, the council decided to spend an estimated $10,500 for the project. Instead of installing a single line to the nearest sewage station, they will build a new structure or sewage station. This will allow some of the developable areas access to the sewage system; a prime consideration for housing developers.

The final, and likely the biggest, concern was the shape of the roads. Town Manager, Jason Hartman, had spoken with Greencastle City officials, including Mayor Dory, and learned that the entire county was included on the Readi Grant application. The Cloverdale Town Council had already decided in previous meetings to apply for the Community Crossings grant, which they hoped to apply in time to receive the January round of awards. After a lengthy discussion, including the input received from Greencastle Mayor Dory, it was decided to wait on applying for the Community Crossings grant. The town will wait until the results of the Readi Grant are released and then apply for the Community Crossings grant in time for the second round of awards that come in midsummer. This will allow for more money at one time to make the needed repairs to the roads as well as save money on the cost of an engineer, as the engineer will only be needed one time instead of two. 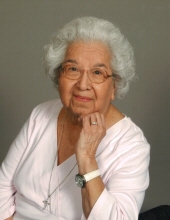 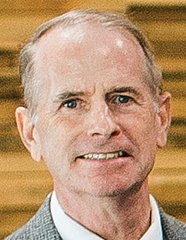