Ruth Ann (Blair) White, 80, passed away Monday, November 22nd in Brazil, Indiana. Ruth was born to the late Paul H. and Anna E. (Beasley) Blair in Terre Haute, Indiana on August 18, 1941.
Ruth grew up on a small dairy farm in Riley, Indiana where she lived with her parents, along with her grandmother, Momma Blair. It was always a home full of love, as many cousins would live there from time to time. Ruth was in one of the last classes to graduate from Riley High School, with a class of 18 students, in the spring of 1959. Ruth continued her education at Indiana Teachers College where she graduated with a Bachelor’s Degree in Early Elementary Education in 1963, and earned a Masters Degree in 1965.
Ruth taught first grade in Terre Haute for one year before moving to Clay City, where she taught for two more years, including a split first and second grade class. On August 1, 1965, Ruth married James “David” White, who preceded her in death on June 23, 1988. They were married at St. Mark’s United Church of Christ in Terre Haute.
After marriage, Ruth became a stay-at-home mom, while she loved being actively involved with her daughters’ school and 4H activities. Ruth enjoyed being a part of her husband’s passion of operating Dave White Ford which she continued after his passing.
Ruth, along with Dave, actively supported the community in any way possible. They always supported the 4H livestock auction and sponsored Dave’s T-Birds T-ball team, and other Clay City youth and church activities.
Ruth was an active member of the First United Church of Christ in Clay City. Ruth loved teaching the children in Sunday School and Bible School, singing in the church choir, especially during the Christmas Eve service. She was also a church deacon and served on many Women’s Fellowship Committees.
She loved to spend time at home, working in her flower garden, feeding the birds, and hosting family and friends. Her cats created constant companionship throughout her entire life. Her hobbies included watching basketball games and rooting for Clay City High School, Indiana State University, and of course her beloved Indiana Pacers. Ruth enjoyed traveling with her cousin Juanita, and friends Joan and Lucy on many trips and outings with their most memorable being their trip to Hawaii. She had many wonderful memories with her lifelong friend, Shirley.
Once her grandchildren arrived, they became the light of her life. She loved spending time with them, having them at her house, and being there for all of their activities. Ruth enjoyed numerous family vacations, Disney trips, and especially the spring break cruises with her daughters and grandchildren.
Ruth is preceded in death by her parents, and her husband, Dave White. Also preceding her in death, her Aunt Pauline Vitz, cousins Juanita and Bill Neese and Lita Vitz, and niece Kristen Blair.
Ruth is survived by her daughters, Rachel Fischer (Karl) of Cory and Carol Albin (Dave) of Greenwood, grandchildren, Kelsie Travis (Tyler), Jarrett Fischer, Pete Albin, and Jack Albin. Ruth was anxiously awaiting becoming a great-grandmother to her first great-grandson who will be welcomed in December to Kelsie and Tyler.
Other surviving family members include, her brother, Richard Blair of Terre Haute, and his children, Jason, Desiree, and Michelle. She is also survived by her cousin Calvin Vitz, and other family members.
The family would like to thank the employees and residents that became like family at The Villas in Brazil for the time they spent together over the last two years.
A visitation will be held Friday, November 26th at First United Church of Christ, 6414 County Road 300 East in Clay City from 1-3 PM. A funeral service will begin at 3 PM with Rev. Stephen Moore officiating. Burial will follow at St. Peters Church Cemetery.
In lieu of flowers, memorial contributions may be made to First United Church of Christ in Ruth’s honor. 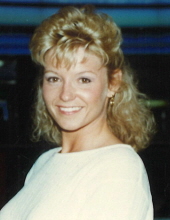 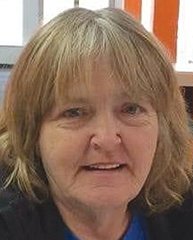